Dr Oluwaranti was awarded funding to carry out activities as part of the CIRCLE Research Uptake Fund. She successfully distributed drought tolerant maize seeds to farmers in South-Western Nigeria, and delivered training on how to plant and maintain the crops for optimum yield. Here, she shares her thoughts on the activity. 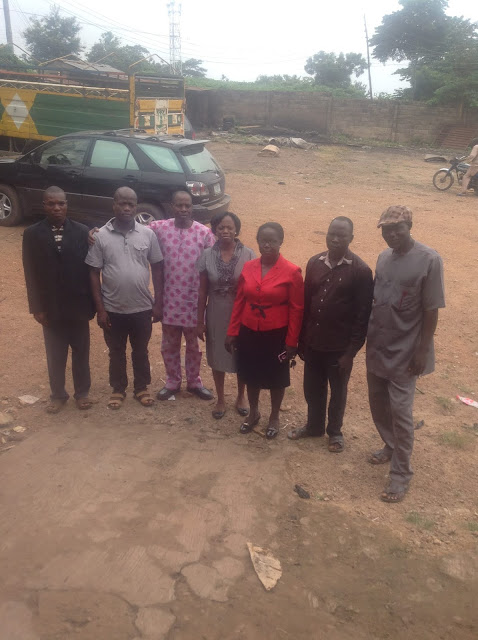 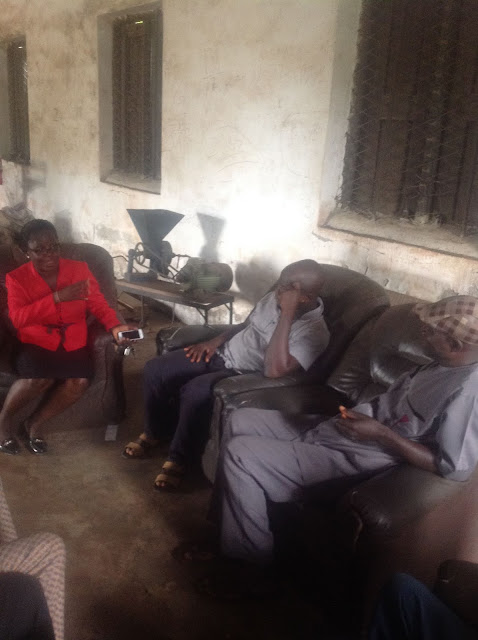 Purchase and Distribution of Drought Tolerant Maize Seeds, Herbicides and Fertilizers.
Based on the twenty trained maize farmers, 3kg of drought tolerant maize seeds were purchased for each of the maize farmers for planting in the later part of the late season (3rd week of September of 2017), which is usually characterized by terminal drought in these locations. For optimum performance of these drought tolerant maize seeds, the twenty maize farmers were also given 1 litre each of pre-emergence herbicide to prevent weed growth at the seedling and vegetative growth stages. After planting, the maize farms were visited by me and my program assistant of the Research Uptake Plan before distributing one 50kg of NPK fertilizer to each of the twenty maize farmers. Some of the pictures taken during the purchase and distribution of the seeds, herbicides and fertilizers are as shown below. 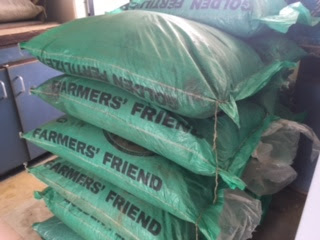 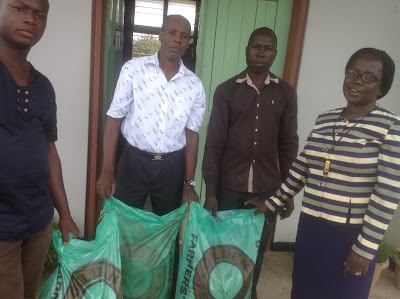 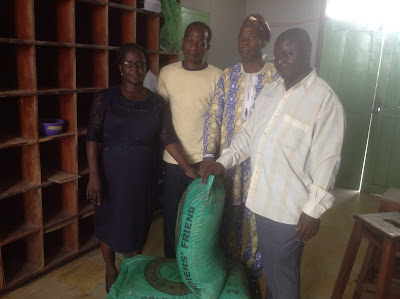 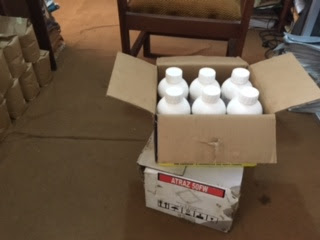 Growth and harvesting of the drought tolerant maize
As predicted, the rain stopped as from the 3rd week of September in all of these farms’ locations, due to the ability of the drought tolerant maize seeds to tolerate the marginal rainfall conditions, the maize plants were able to withstand the water stress. The maize ears were also well filled compared to the susceptible drought maize seeds that the farmers used to plant despite the water stress on them as shown in the pictures below: 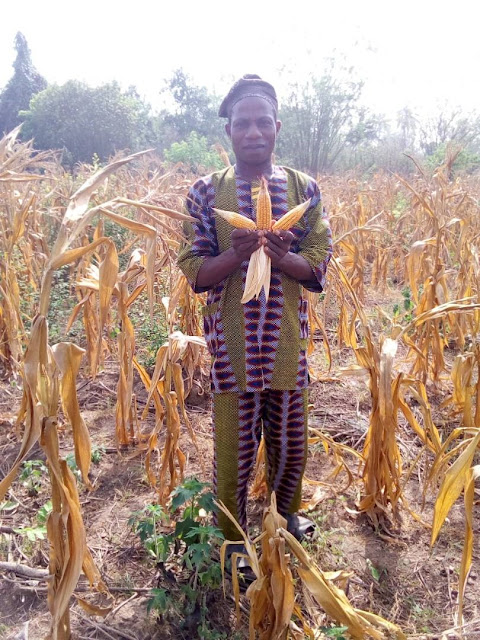 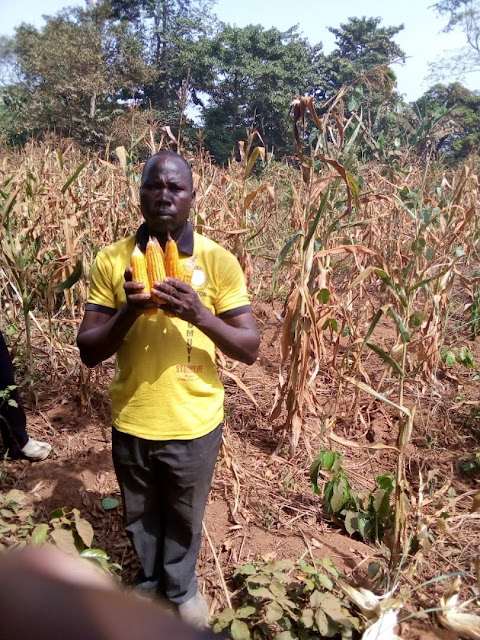 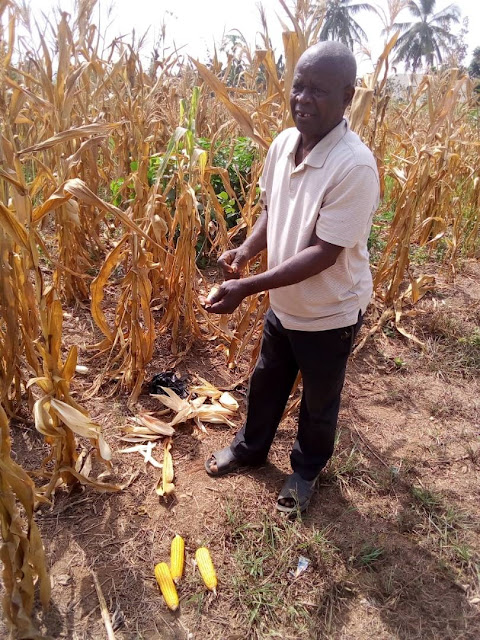